Sites I Do Stuff For

It turns out I’m not dead, I just forgot to update this with anything because I’ve been busy working and moving house and being on Twitter and doing my other, boring, technical website.

Either way, I’ve been doing a podcast thing with this guy I know and it’s available here: www.twostarpodcast.co.uk. It’s godawful but it’s also free, so on balance it’s amazing value.

I’m also still writing for Gaminglives where I’ve done things like this about non-games and this about a game and this about D I G I T A L S P O R T S and you should probably read them and then read other things.

Until next year, kids!

It seems that Gaming Lives have been crazy enough to publish something that I wrote; go here to read it and then go read more of their stuff, because it’s good.

There are many, many ways to kill someone in Skyrim; you can crush their skull with a war hammer, you can decapitate them with an axe, you can stab them in the back with a dagger, you can hit them in the head with an arrow from half a mile away, you can even slip poison into their pockets and watch them die slowly. Killing NPCs is trickier as you need to do it without being seen, but you can always sneak into their house at night and bludgeon them with a mace.

That said, the best method I’ve found so far? Wait until your target is in the middle of town and hit them with a Rage/Fury/Frenzy spell from somewhere out of sight; they go postal, start attacking people at random and the city guard charge in and put them down for you. They don’t even seem to care when you wander over, loot the corpse and then toss it over some railings into the water.

Why get your hands dirty when you can have someone else do it for you?

I would like to preface this by saying that I haven’t played MW3, I probably won’t, but I have played Battlefield 3; take from that what you will.

I really don’t understand how Modern Warfare 3 is getting the review scores it’s getting; 4/5, 8/10, etc. Every review I’ve read, seen or heard has said pretty much the same thing, that the game is formulaic, only a small iterative improvement over the previous one, that it’s a lot more scripted than the previous one, that half of it is on-rails shooting, that the multiplayer is pretty much the same as the previous one – if not worse in some aspects due to design choices. On the upside, it’s a polished version of MW2 and it does resolve the story that has been built up through MW1 and 2.

So how does this equate to an excellent game? Because it’s sold more than 9 million copies? Because it’s a big AAA title? Because it’s part of a popular franchise? Surely none of these things should have any impact on the review score. It seems to be getting worse and worse over time; reviewers basically saying “This game is essentially the same as the last one and doesn’t really do anything new. 5 Stars!” or “Well the single player is shit but, you know, there’s multiplayer that’s really good. 5 Stars!”

For the record, I have nothing but bad things to say about the Battlefield 3 Single Player campaign because it’s a poor attempt to copy Modern Warfare and should never have been shoehorned in to the game. It would have been much better not to include a single player component at all. That said, people don’t buy Battlefield games expecting a solid single player game, they buy it for the multiplayer and I’m willing to cut it a little slack from that point of view but I still believe that it should negatively affect the review score because it’s a part of the game experience that is substandard.

I’ll admit that I don’t put much stock in review scores, because they’ve never seemed to me to be a particularly good metric with which to measure something as complex as most games, but if you’re going to have them then please try and make them consistent with the text of the review, otherwise you’re just making yourself look bad.

Today marks the subscriber headstart for the new City of Heroes: Freedom, erm…thing. It’s both the launch of Issue 21 (the 21st free content update for the game) and the move to a Free-To-Pay/Freemium gameplay model. For all the details, check out the website here: http://www.cityofheroes.com/

In essence, they’re taking the same hybrid approach as a lot of Free-To-Play games and offering a Gold, Silver & Bronze level of access for Subscribers, “Paying” users and Freeloaders respectively, with the obvious goal being to tempt players to move up the tiers until they’re paying a monthly subscription.

Anyway, if you haven’t played City of Heroes before, or have but have drifted away from the game, then I highly recommend you take a look at Freedom when it goes live for everyone in a couple of weeks time.

Update: Freedom is now live, so go sign up for free here: http://bit.ly/nXEw6L

This article is now available on GamingLives because they’re nice like that.

The Illusion of Choice: An Alpha Protocol Retrospective

That people need to be told these things speaks volumes for the state of the human race.

Do you know why the NHS is so short on cash? It’s because they make people who have worked in it for years go on multi-day induction courses where they’re told a lot of things they already know and given free food and drink instead of, you know, actually doing the job they’re being paid to do and being productive.

Did you know that non-clinical NHS staff have to do Manual Handling training every 4 years? That’s how to pick up boxes. I know box technology is advancing at a frightening pace but I think I’ll still be able to pick one up in 4 years time without a refresher course. 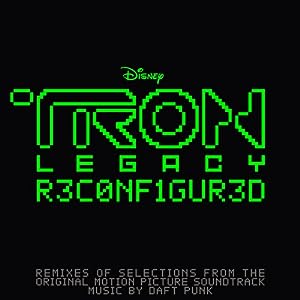 This Album is fantastic.

I mean, the movie was OK; looked great, sounded amazing, but was a little lackluster overall – this, however, more than makes up for any shortfall. Buy it. Buy it now.